A new change to advisory was put in effect last week, Principal Hagen announced a new scheduling change to all of Bedford High: an additional long advisory. Beginning on November 18th, every Tuesday will include time for a 25 minute advisory.

Until now there have been only two of these longer times each week, on Wednesday and Thursday, allowing groups to bond and do activities together for longer than 3 minutes during the announcements.

Mr. Hagen has continued to explain, however, that students may not always spend the entirety of this time with their fellow advisees. Students will be able to seek extra help from teachers, hold club meetings, and come together as a whole class in the auditorium on these days. 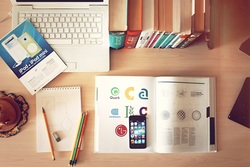 Will Advisory be spent studying?
There is definitely value to this new idea. Longer meetings on Tuesdays will result in a less disruptive advisory periods on the following two days. But it is hard not to be skeptical of all the hubbub that may ensue on these Tuesdays. It seems impossible that they will not simply turn into a free period. If most students are visiting different rooms for extra help or for clubs, how could teachers provide extra help and club administration and attention to their remaining advisees? The organization of the new system is difficult to imagine.

But only time will tell whether this new time will help or hinder students or whether or not another change will be brought to the advisory period. But ultimately its up to the students to make the most of the time granted to them.