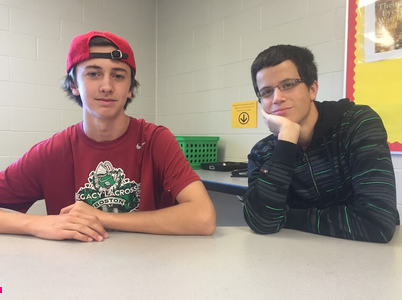 Over the past two weeks, you may have seen quite a few unfamiliar faces around school: whether in the halls or in your classes. You were sharing the school with exchange students! BHS hosted students from Valladolid, Spain, this September as part of the annual Sister Exchange program our two schools have. The program was created to promote language and cultural interactions between BHS students and students from IES Núñez de Arce.

The program “is really about language development and just seeing how other people live”, says Señora Megan Lydon, the organizer of this year’s trip. “Seeing how people in other countries live firsthand is a huge learning opportunity that many people don’t get to have.” While in America, the exchange students have been thrown into their host student’s hectic lives: going with them to afterschool activities, spending time with their families, and going to the movies, bowling and all the other things American teenagers do for fun.

“It [America] is very different to Spain… the teenagers have different lives to us… and we don’t have to drive everywhere” says exchange student Flor. “I like America a lot though. The program helped me learn more American customs.”

The exchange students aren’t the only ones who are getting to experience different cultures. “Their schedules are much different than ours, because they don’t have as much going on after school as we do,” says host student Kalee Southwell. “But I think they’ve gotten used to how crazy and action packed our lives are.”  And in April, the students who hosted Spanish kids will be heading over to Spain to live with the students they hosted this fall. “I’m going to get to see my Spanish friends again!” exclaimed one student. “I’m so excited.” This is exactly the type of reaction Señora Lydon hopes for: “People make lifetime friendships through the exchange, and I think that is one of the best parts of this program.”