It's a Good Day to Be a Bedford Bulldog 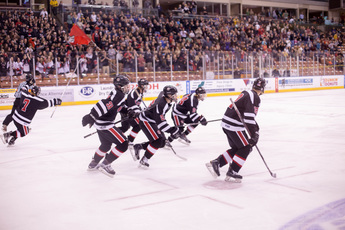 The finals games were held Saturday on March 19th in Manchester at the Verizon Wireless Arena. Bedford upset Bishop Guertin 4-3.

This weekend was very emotional for the Bedford hockey team and not only in getting a finals victory. Bedford’s seniors played their last game as Bulldogs on Saturday and helped to overcome a top seeded opponent to become state champions. All three of Bedford’s captains were seniors this year and were key pieces in Saturday's win over Bishop Guertin.

The team started their morning early on Saturday making stops at Bedford High School for a brunch and later visited Saint Anselm College in Manchester. Coach Myer’s gave a farewell speech to the seniors as they got to see their home ice one last time and called upon the underclassmen to step up and take leadership for next season.

Students from Bedford and Bishop Guertin started showing up around 3:30 pm, one hour before the game began. Windham and Bow were finishing up the Division-II finals while the crowd was preparing for the main event. Bishop Guertin took the ice first and was welcomed with boos from the Bedford student section, but quickly turned into cheers as the Bedford Bulldogs stormed the ice. Students on both sides of the stadium were on their feet the majority of the game.

Bedford’s first goal came at 06:35 in the 1st period when Griffin Gagne scored a beautiful shot off the goalie with the assist from teammates Jay Roberto and Jake Rio. The momentum was carried into the 2nd period, producing an efficient three goals on ten shots. Nate John, Jake Rio and Jay Roberto scored a goal each. Jay Roberto scored the final goal of the game on a power-play with five seconds left in the period.

Neither team scored in the 3rd period but both teams had their chances. Bishop Guertin’s Cam Hult was called for a costly tripping penalty causing the team to play 4-on-5 for the rest of the game. Bishop Guertin was only able to get one good shot on goal but missed their last chance. The clock ran down to zero, the buzzer went off and Bedford goalie Erik Voloshin was flooded by a sea of blonde bulldogs.
Nate John, a senior forward for Bedford, was asked in a Sunday interview when he thought Bedford had the game won, he says, “Gonna win? With nine seconds left when we went onto the power play. At the end of the second period. That’s when we knew.”

Bedford was well prepared for Bishop Guertin going into final game having played them once this year on February 10th in a 1-2 loss and in last year’s playoffs. The stars were aligned for Bedford this weekend.

Nate John says, “We didn’t want to get penalties and we only had like one penalty the entire game. That really helped us because when we play 5-on-5 or 5-on-4 we win”. Bedford had an excellent all around performance on defense and offense, helping them to outplay Bishop Guertin’s star powered first line and become the 2016 New Hampshire State Champions.

On March 20th, Athletic Administrator Bill Whitmore will be presented with the 2016 Division-I NH Hockey Championship plaque during the Winter Awards Ceremony.  Congratulations to the Bedford Bulldogs hockey team on an amazing season and even better finish! 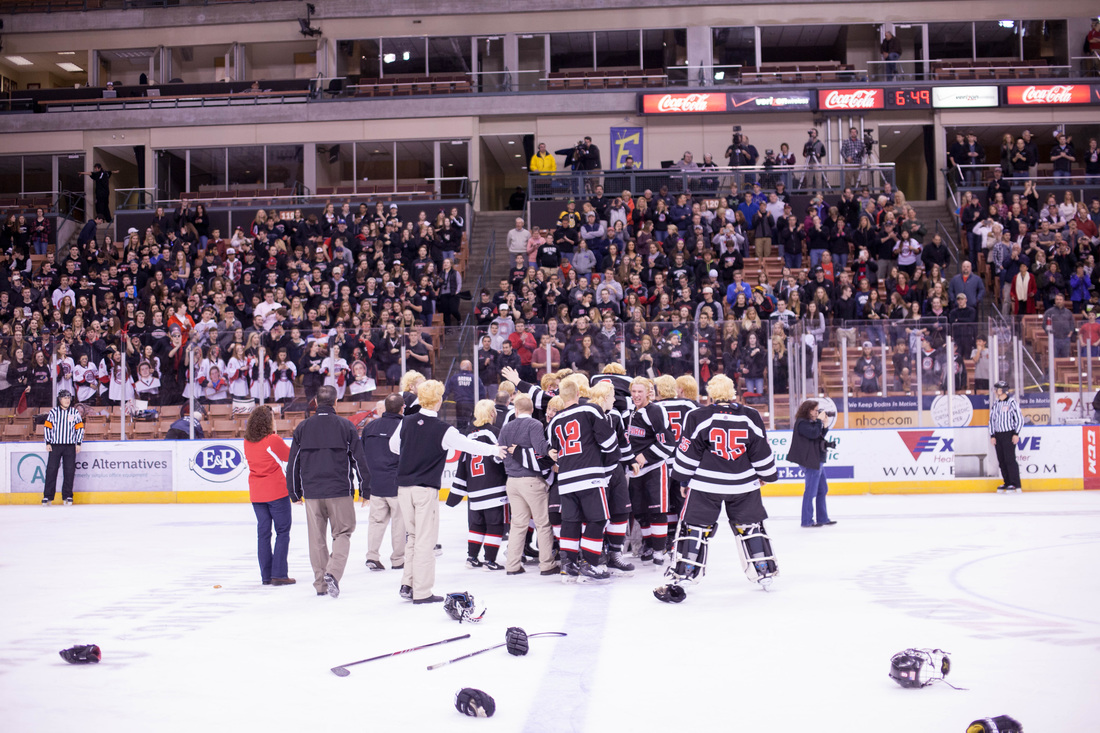