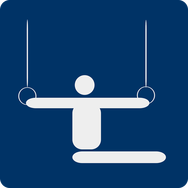 During the deliberative session on February 3rd, just under $2000 was added to the school’s new proposed budget. It’s a small amount of money, but its addition will have a direct impact on the BHS community, and one particular group in general. That’s right, hopefully, in 2016, Bedford High School will see the creation of its very own. gymnastics team.

What is remarkable about this (hopefully) soon-to-be team is that it already has members in place. A group of four girls, competing in almost complete anonymity, have been representing BHS on the gymnastics floor for a significant amount of time. What’s more, as one mother put it, they’re doing more than that. At their last meet, the girls placed third - an incredible feat as they are the smallest group and not even an official team. Though the girls don Bedford leotards and are technically playing for the school, they practice and play “under the umbrella of the Goffstown team” says one of the mothers.

The deliberative session wasn’t necessarily the place for coming up with additions to the already proposed budget - the school board made that very clear - but those in attendance voted (by a vast majority) to make an exception for the gymnastics funds. True to its name, the session produced much deliberation over the team’s funds, but those in favor came out on top. One of the major sources of conflict was the fact that membership for the team would have to be “pay to play”. In order to convince the board and the community to add the money to the budget for a coach and a leotard and the like, the amendment for the funds indicated that the team would be self-funding and the community would not suffer any kind of tax increase as a result. While this was certainly a portion of the amendment that caused many to vote “yes”, some argued that it was a “dangerous precedent to set for varsity sports”. However, it was clear to those in attendance, in order to get anything passed, sacrifices had to be made.

Voting on the new proposed budget will take place in March 11. Regardless of the stance you take on making girls’ gymnastics an official team, get out there and make your voice heard.