What to expect from the drowsy chaperone 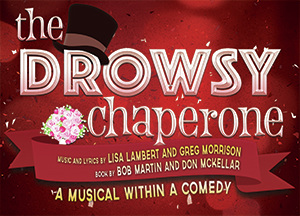 Ciara Reilly, a sophomore at BHS, said that every year she is very pumped for the new school play. A member of the tech crew, Ciara has a good reason for this excitement, but her sentiment is shared by students all around the school who eagerly await the new theater production. This year, the fall show is The Drowsy Chaperone, the story of a man who listens to a record of his favorite musical as it plays out around him.

This BHS play is set to be extra exciting because of the school’s new director, Tim Hackney, who worked on the Broadway production of The Drowsy Chaperone, playing a variety of roles in it. Audrey Reber, a cast member on the BHS play, commented that Hackney’s experience really helped their production because he knew all the choreography so the school’s version is extremely similar to Broadway’s.

There is also a general consensus among students working on the play that Hackney is a great director. Ciara said that he “really tries to make everyone feel included” and Hannah Feldman, another member of the tech crew, expressed that she “10/10 would work with Tim again”.

Working on the play since the second week of school, anticipation for it among cast and crew members is increasingly clear. Audrey said that her favorite part of practice every day is the biggest dance number because “it’s the most fun to be in”. Ciara added that everyone in the play takes it seriously and that they are very committed to their respective roles.

BHS’s production of The Drowsy Chaperone opens November 10th and goes on through the 13th. As it’s advertised as “a musical within a comedy”, those who are working on it say that it is hilarious and encourage everyone to go see it.